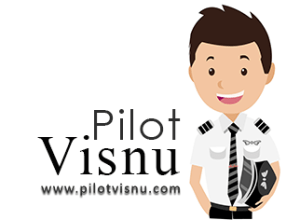 This article was contributed by SFO Thivaghar

For the purpose of this article, first we will be learning each pilot license individually and then comparing. After that you decide yourself for which one would you like to go for.

First of All, everyone is fond of asking which one is better MPL or CPL. In my personal understanding both are pilot licenses which is conducted in 2 different ways but still you will end up with an ATPL.

MPL is often misunderstood as what its actually is, what it gives you and if they are eligible for the license.

Multi-Crew Pilot License (MPL) was formed after airlines started launching their Cadetship programmes. This pilot license came into the industry few years ago.

MPL is actually an airline specific pilot license. For many many years CPL has been the norm for a cadet with no flying experience to getting employment with an Airline.

With airline travel increasing and also the demand for pilots are increasing rapidly, airlines came up with an idea of starting a course which is more inclined to their airline. By this they will get their pilot earlier into operation.

Their philosophy is to make the cadets gain more experience in the aircraft that they are going to fly rather than the single or multi-engine land class aircraft’s such as Cessna 172 Diamond 40 etc. As a final product the cadets will be much more geared towards the airline with a Frozen ATPL.

MPL is often offered by an approved organization with a  signed colloboration with the airline. Recently Air Asia Signed 400 Cadet deal with CAE ( Oxford Aviation). It is not a stand-alone flying course that a flying school like HMA and MFA can develop. It is actually an airline specific course.

To undergo MPL training, the airline company usually launch their recruitment program and select the best candidates of them all for the training. The way they operate is often regulated by the regularity authority CAAM on how it needs to be done and constructed and then the specific school or organization will then develop the training based on the regulations.

MPL is a course which is also for 18 months but it is constructed a bit differently, first you go to selection, providing that you are successful you will start off with MPL course.

The whole process of MPL is divided into  1 + 4 phase.

ATPL Theory- All easa based exams with 16 papers which you need to pass within one year.

Basic Phase: You will go straight into multi crew philosophy. Jet operations are introduced in preparation for the intermediate phase. Training is executed in a dedicated device designed to train increased speed , higher altitude, FMC and etc.

Advanced Phase: This would be the last phase before the cadets undergo line training. This is the actual type rating where the cadets will be really learning how to fly the specific aircraft type that they are going to be flying with the airline. Air Asia will be Airbus 320.

MPL is much more competency based. What it means is that they are continually assessed on your theoretical knowledge. For example explain what is lift while flying name the cloud & etc. It is very very competency based rather than just simple passing it.It keeps the head up of the pilots flying

What are the pros of MPL course

If for whatever reason you go thru the course and being not competent, potentially you will need to leave the course, because with MPL you will not gain Private Pilot License(PPL), Commercial Pilot License or gain traditional a instrument rating. You will not have other pathway to continue this course.

Another problem is that in case the airline have problems and decides to cut their cadets, you will be put to danger since you will not have a building block to unfreeze your atpl or apply for other airlines. So basically you got nothing until you complete 1500hrs with the airline. But does it happen often, I believe NO because you can unfreeze your airline transport pilot license (ATPL)  within a year and half. It will be even faster if you are an active pilot.

Whatever it is dont listen to what people say about MPL. MPL cadets are much more competent compared to CPL cadets in real flying. This is based on my(SFO) personal experience flying with MPL cadets. This guys are very switched on, very good and have done all the bits and bolts that they need to do. Do not underestimate them. MPL cadets have to do 12 take off and 12 landings while a CPL cadets have to do 6 take offs and 6 landings so you know its one of those things that make them more valuable.

The fees for MPL is usually a few thousands more expensive compared to a traditional pilot license.It is not a generic license

After completion of your training you will be sitting on the right hand side of the cockpit for 1500 hrs to unfroze your ATPL license. This is the license where all the pilots want to have, and of course after this its your decision to pay of the bond to shift airline. After you have earned your ATPL, MPL is no longer use so be happy.

Do keep in mind that eventhough you have unfroze your atpl, it doesnt mean you will be gaining your captainship. There are hundreds of pilots in queue waiting to be upgraded.

So do understand that after your ATPL has defroze you are free to go to any other airline. Anyways keep in mind that Loyalty is always important and appreciate the company which rooted you and helped in achieving your dream.